For those who are unaware of Louis Theroux's work, he is a British documentary maker who has been producing insightful and entertaining documentaries since the 1990s.

He is the quintessential British middle-class liberal; a polite chap who ventures around the world to document the weird and wonderful for our viewing pleasure.

This has garnered him many awards, celebrity and a cult fanbase that eagerly await news or whispers of his next piece of work. His documentaries can be enjoyed alone or with a group of people. For some its a vicarious experience, as though you are one of the filming crew, observing him in an awkward confrontation with someone. For others his films provide a form of escapism from their own weirdness.

After reading a few reviews and critiques of his work, I noticed that none of them take into account all of his documentaries as a whole. Perhaps because they see nothing worth analysing, however I am going to try and discuss some of not-so-obvious aspects which make his documentaries special.

Just a disclaimer, I am in no way a professional TV critic so do not treat this as a critique piece you would read in the middle pages of a newspaper. This is more of a critical essay with bits of random data.

For lack of a better subheading there is a phenomena to Louis' docs which make him analogous to Kevin Bacon. If you pay close attention to his documentaries you will notice that Louis tends to bump into a lot of people when filming his docs, most by chance. What's interesting is that the people who might not have been famous at the time of filming are now well known celebrities.

The best has to be this short clip, taken from When Louis met Max Clifford.

In the clip you see Max Clifford talking about media lies and manipulation whilst recording the grins of younger Boris Johnson; our prime minister as of 2019!

One could argue, that yes, being around celebrities is bound to net you other future movers and shakers in your documentary. However these little gems are one of things that makes his documentaries special

On the contrary, a lot of Louis' productions don't have famous or powerful people. Many of them are from working or middle class backgrounds, with the same hopes and fears as ourselves.

Since you know their names and their stories, it is always fascinating to try and google these people to follow up on their lives since being filmed in the documentary. It gives a temporal dimension to his documentaries in a similar way that the documentary series "Up" did in the UK; following the lives of children as they grew up.

Some interesting examples being:

There is also many people (both good and bad) who have passed away.

Louis is our Avatar

When Louis steps on the screen, he is not just a documentary maker. As hinted earlier, he is a representative of all our British (western) ideals. Unlike other producers who generally have a one way conversation with their interviewees. Louis takes on a dialogue that you would have in a bar, dinner table or hair salon.

This gives the viewer a unique opportunity to self reflect from the experience of the documentary.

A particular clip that comes to mind is from the African Hunting episode. Louis appears a little out of depth for the subject matter and defaults to a mode of morality rather than rationality. Which I believe many westerners would do when confronted with hunting and blood sports. With questions like, "is this right?", "are you not concerned for the animals?", "don't animals have feelings too".

This form of morale judgement is fine for ourselves in the comfort of our metropolitan bubbles. However most of the world thankfully is still not westernized and operates through different concepts of morality and laws, it is our own arrogance that compels us to want to apply our own morality to other places in the world.

The above clip is a great example of this. You see the South African farmer respond to Louis' morale angle, with a cogent argument regarding big game hunting. This rationale pretty much tears apart the western consensus on hunting and illustrates how this viewpoint is making their lives harder e.g. un-manageable Elephant populations due to a ban on hunting them.

Another example is from the "Wrestling" episode. You can dismiss wrestling as a fake sport, filled with muscle bound and shallow actors. However it is a billion dollar industry and the work that goes on behind the scenes is demanding physically and mentally, as evident in this clip below.

There are many other examples of this throughout his documentaries, a few worth noting would be the Law and Order episodes in Johannesburg, South Africa and Lagos, Nigeria.

These experiences hopefully make the audience more enlightened on the duality of many customs and cultures around the world.

Being a techie and this being a tech related blog I decided to crowbar in some (useless) information relating to Louis' documentaries.

I first started off by collating all of Louis' episode titles and In the form of transcripts and meta-data which I have compiled and analysed to present some interesting things.

Using TextRazors API I was able to use curl to send each documentary title to its NLP categorization tool. Then aggregating the resulting categories I was able to build a word cloud. Common themes of Louis' documentaries are around health, law and sex, which are obviously areas that have a large impact on our lives.

From this chart we can see that many of the documentaries get released in Spring or Autumn. Maybe this is a more optimal time to air it on TV, factoring in the time required for filming and post-production. However since I have zero knowledge in film and media, I am not going to read too much into it.

I managed to string together multiple transcripts of his documentaries ranging from "Louis and the Nazis", to "Talking to Anorexia". As you would expect the probability of a long worded phrases recurring is low, of which the highest was 2. Down at the shorter length phrases, the count was in the 90's mark.

In hindsight this crunching was perhaps more hassle than its worth, but at least it gives you an idea of how Louis structures his documentaries and interacts with people. The "I was on my way to" is a common phrase you will hear at the start of his documentary or at various sections, especially when he is going to a new location.

As you can see in the 4 words column, Louis is pleasant and considerate person (no surprise there!).

Plotting Louis' documentary locations on Google maps gives some other insights particularly about ourselves. Since most of his docs are funded by the BBC and geared towards a British audience, an audience which has always had a fascination with American culture (cowboys, gangsters, cars, food, music), it makes marketing sense to shoot lots of documentaries in the USA. Along with the fact that there are plenty more topics to cover in America than in the UK.

Its worth noting that all filming locations are English speaking or friendly locations, it would be interesting to see how a Louis documentary would work with the aid of a translator in a non-English speaking country. Maybe it would ruin the experience, or make it more fun?

There are still a few countries in the Anglosphere which could do with some Theroux love, in particular Australia and New Zealand.

Love him or hate him, Louis has become an institution in the culture of British TV and the BBC. His documentaries are excellent snapshots in history; you see the fashion, food, cars and social conventions of that time. Watching an early episode of his, you see him rocking his Verve style haircut whilst driving along  in a space wagon.

In newer episodes he now rocks a fashionable stubble whilst driving a hybrid vehicle. This gives a nice temporal dimension to his documentaries; the older they get, the more interesting they become. The timespan is also a testament to the versatility of Louis and his producers to continue making interesting and relevant content, where others might have fallen to the wayside after some time.

If you asked me to fill a time capsule to captivate 21st century culture, I would definitely include his documentaries along with other artefacts.

I look forward to Louis' future works and the weirdness he documents. 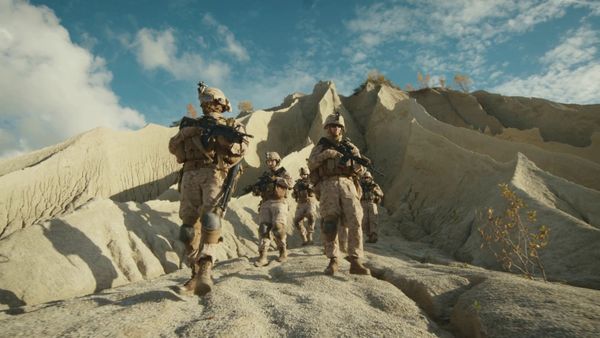 Some sage advice to getting more out of the game.