As a techie a major frustration of mine has been how movies or television shows try to depict coding and more specifically hacking. Many producers have gone for the option of showing some HTML or Javascript scrolling on the computer screen.

However some movies have got it right, for example:

Mr Robot has done a really good job of showing how a hacker truly operates primarily with social engineering. As humans are generally the weakest links, hacking away on a keyboard is not always the main focus.

One particular scene I really enjoyed from the first season (Episode 2) is when Elliot hacks the accounts and computer of Tyrell Wellick, who is the CTO of ECorp. However it soon becomes apparent that Elliot has stumbled into a honey-pot, or has he?

Let's break it down.

So in the first few seconds we see Elliot browsing pictures from Tyrell's machine. The OS Elliot he to be using is Kali Linux, which makes sense, given his occupation.

A small moment of panic overcomes him, however he then proceeds to immediately kill all power and connections to his desktop. The calmness of his movements suggest that he has done this before or at least rehearsed his procedure. The same way a soldier is drilled various tasks so they can perform them, during the chaos of a battlefield.

What we have seen so far makes sense; killing power immediately stops any high or level processes in the computer which could be compromised.

After neutralising the computer the next device to disable is his mobile phone.

Placing the SIM card and microSD card into the microwave is an effective way to destroy the NAND gates on flash memory.

If a microwave wasn't to hand, an open flame to destroy the plastic bodies around both chips along with a good old hammer would do the job.

Whilst the phone SIM and microSD card are cooking, Elliot moves onto dissasembling the motherboard.
What I find interesting here is that he removes the CPU, RAM, bus and network chips, as these all have extremely volatile storage.

There does exist a cold boot attack, that would allow someone to dump volatile memory before it voids. However that require near instant access and a large amount of liquid nitrogen. Therefore this step is overkill in my opinion.

We see Elliot furiously drilling away with reckless abandon, which is the most efficient way to wipe a hard drive. Overwriting with zeros or with magnitization will take time and is only specific to HDD disks.

All in all this is the most secure way, apart from having a disk shredder at hand. Can we trust disk encryption and SSDs not having backdoors at the physical level? Well that's up to you, but if you're in a drilling mood, might as well cover all the bases.

For a fictional depiction of hacking, its pretty much there but as always it overdoes it in some areas and fails to cover other angles.

With most computers having SSDs now, it's much more prudent to have disk encryption setup using a non proprietary tool like VeraCrypt, for the sake of this we will assume Elliot is running disk encryption.

However getting into a situation like this often, it could get pretty pricey destroying laptops all the time. A more viable solution would be to run a live USB installation of Kali and boot it from any machine that has UEFI enabled (cafes, work computers, anywhere).

At the end of the day, having a threat model on how you are most likely going to be compromised is the best defense along with rehearsals.

Time to become a small fish in a big lake. 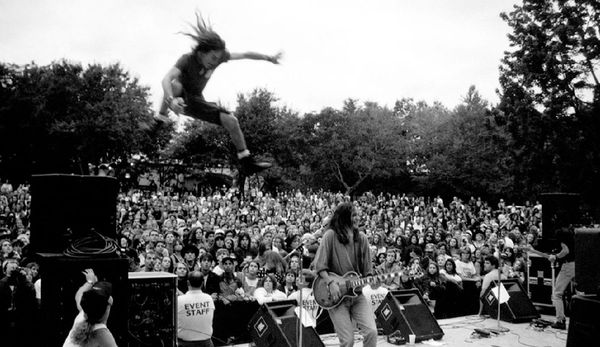 A very short and subjective list of 90s Rock bands.

tomaytotomato.com
—
Mr Robot and destroying your PC
Share this