Squad is marketed as the balance between arcade and simulator experience for a military video game. Each session in Squad is never the same and it is down to squad leaders to be versatile and swift to lead their team to victory.

I really enjoy leading squads in-game; making rough plans, coming up against challenges and then working with my teammates to win. I'll be honest, the role is not for everyone, some people prefer taking a back seat however everyone should have a go at leading.

So here are some suggestions of what has worked for me over time as a squad leader along with some commentary on other common misconceptions in the Squad community.

Squad is a multiplayer video game so you're going to be playing and working with team members online. Like any video game, there is no short supply of shy and awkward people coupled with gregarious and funny types as well.

So always start with a simple "Hello", to break the ice. You have three minutes of staging/idle time at the start of every round. Find out if you have new players on the team, people who are wanting to try out new roles in the squad or take the time to discuss your battle plan.

The amount of times I've joined a squad where there has been complete silence is astounding.

Taking this time will reinforce the communication of your squad as the round progresses and most likely the team fun will improve too. Worst case scenario, you have a squad of people with no microphones, so you are just talking and ranting to an audience that can't answer back, which sounds ideal.

Now this is a divisive topic in the Squad community.

Some leaders don't like the overhead of managing and assigning people, others think it reduces the cohesion of a unit by splitting the team up and allowing excuses for them to go off on separate missions.

For me personally, I think they are a great feature that should be used with some guidelines below.

You can use one fireteam to block an enemy assault, whilst another flanks the enemy. Equally when assaulting a position, you can use a bounding manoeuvre; in which one fireteam provides cover fire whilst others advance towards an enemy position. There are many other things that can be researched online, experiment and have fun!

Go from A to B

Its a bit of a cliche phrase, but "no plan survives first contact" is very true in the real world and even video games. You might have just loaded up on that nice shiny APC and are rolling down the road from your starting location when you get ambushed.

In that instant your brilliant plan of A,B,C all the way to.... Z has gone up in smoke along with that vehicle.

So don't think too far ahead, say to the commander and your team that you are going to get to this position and then decide your next move. It saves overload on the brain and disappointment when your grand plan fails at the first hurdle.

Another theme I come across in the game is players who are comfortable doing a certain role or task. As humans we have the ability to learn all the time, indeed it does get harder to learn things as you get older, coupled with laziness.

So when you get people in your squad who say "oh, I don't know how to do that" or "I only do medic because the other roles are hard". I always make a point of convincing people to try out something different. At worst case they can always change to something else, at best they will have fun and learn a new role.

Equally new players can be scared to ask, so always try and delegate, otherwise you will have reluctant volunteers.

Banging your head against a brick wall

Albert Einstein once said the definition of insanity is, "repeating the same process over and over and expecting different results". Don't be insane, at least not in game.

Your plan or assault failed miserably, so why try and do it again?

Try changing it up; attack or move from a different direction, get help from other squad leaders or assets. If it doesn't work there's no point getting mentally invested into a failing plan. Accept its not working and change it up.

There will be other missions available to pickup and no round of squad is the same, so be fluid.

With the new role of commander implemented in v18 of squad, there is now a top dog or big cheese that can coordinate and lead all forces. Beforehand it was a bit messy with many egos and disorginization resulting in chaos over comms channels.

Likewise at the squad level, it should be no different. Don't be the person who is roleplaying a super soldier with the rank of "Super Duper General" but at the same time don't sit quietly and let everyone come up with their own brilliant plans.

Discuss the gameplan, get people together and brainstorm ideas if need be, then pick the plan.

You need a medic, pick someone by name. Don't say "I need a medic role" as that allows everyone in the team to not commit to that responsibility. It goes without saying though that even with all the realism, we are just on here to have fun, so don't get too pushy or shouty, you'll just ruin the experience of the game for others as well as yourself.

I am not a business leadership expert from Harvard Business School or a graduate of Sandhurst Royal Military Academy however its not that hard to delegate, if need be just pick the person on your team randomly. Otherwise nothing will happen and the team will be in chaos.

For those not aware, "blueberries" refers to other players that are in other squads. The colour of their blue icon and name-tag being the reason they are called that.

Being in another squad doesn't mean you should ignore blueberries, if anything treat them like extended members of your happy family squad. Help them out or invite them to roll with your squad.

Most common situations you will find some blueberries as stragglers at a FOB or on the retreat from an objective, especially if their squad leader got split up from them.

A few situations I can think of in particular was on the map Tallil outskirts, my squad and another were defending one of the objectives in the centre of the map. Unfortunately the leader of the other squad left the game and they were in disarray. Seeing this as an opportunity to improve the defence capabilities of our position, I took the other squad under my wing and told them to stick with me whilst my own squad fireteams took up positions on the perimeter of the compound.

After successfully holding the position we were tasked with assaulting the next objective. Whilst en-route to the area, another squad had lost 50% of their team in an ambush and had gotten split up from their leader. Seeing as there was room in the truck, we picked them up and they tagged along for the next 10 minutes until they could regroup with the rest of their squad.

Roll with the punches

My final bit would be this, you're gonna win, lose and there will be those close matches. At the end of the day this is a game but its real mechanic is communication. Sure there are nice graphics and features but what makes this game different to arcade skill games is the human aspect of teamwork.

Being descendants of primates means we are social and do have a hierarchy, we can't just magically organise ourselves. I've worked in tech companies who tried to use the flat structure where everyone is at the same level, but if you look closely there is still a hierarchy but its abstracted away with job titles instead of organisational charts.

A game like squad is no different, there are leaders and followers. Both cannot exist without the other, a leader is only as good as their followers, which in turn depends on a gameplan and organisation. I'd like to think most of us are capable of that and with the concepts I mentioned above, it should make you a better squad leader.

Simple analytics for a simple site. 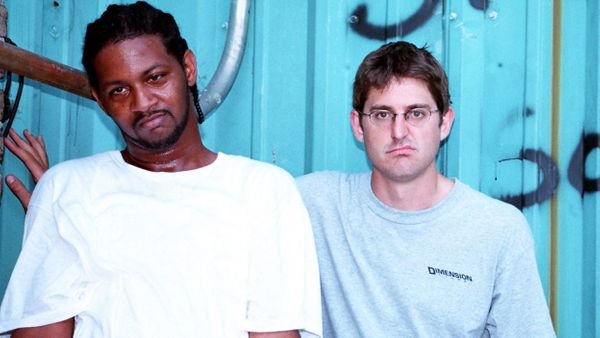 An analysis of Louis Theroux documentaries as a whole.